Davido left a cheeky response to a Twitter user who told him that in Igbo culture, he could lose his son, Davido Jnr, to any man who marries his fiancee, Chioma if he doesn’t quickly do the needful with her.

Davido replied that the man will die. 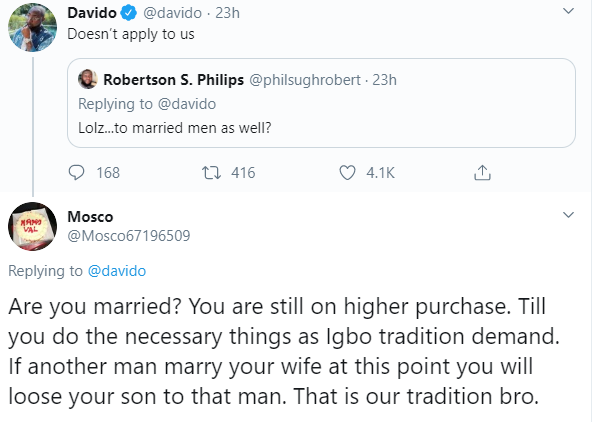 Continue Reading
Advertisement
You may also like...
Related Topics:

”Its audio” Oluwo of Iwo laughs off his suspension from the Osun State Traditional Rulers’ Council
Dolapo is a sweet lady ….
Advertisement